I have been a bit negligent in updating this site over the summer, but I have been writing and reviewing books.

David Tromblay’s memoir, As You Were, recounts the author’s abusive childhood and military experiences. The memoir pulls zero punches, describing physical abuse at the hands of Tromblay’s father and grandmother in fairly graphic ways, but somehow the author’s dark sense of humor manages to take some of the edge off. The book also addresses the cultural erasure that occurred at boarding schools for Native American children, like the one Tromblay’s grandmother attended.

Read my review of As You Were at Full Stop here.

E.C. Osondu’s Alien Stories uses extraterrestrials as metaphors for immigrants in US culture. That sounds like a simple premise, but Osondu gets great mileage out of it, describing immigrant experiences in accessible and empathetic ways. The stories are often quite funny and always clever. Osondu is from Nigeria but now teaches in Providence, Rhode Island. I’m hoping he attends the Tucson Festival of Books because I’d really like to hear him speak or read from his work.

Read my review of Alien Stories at Full Stop here.

In other news, my review of Anna Zett’s Artificial Gut Feeling is featured in the Full Stop Reviews supplement, which is available for Full Stop’s Patreon supporters. The supplement includes several feature essays and many reviews. Definitely worth checking out.

I’d also like to congratulate Full Stop on their recent Whiting Literary Magazine Prize. It’s a real accomplishment and well deserved. I’m proud to be a contributor to their important work!

John Paetsch’s experimental poetry collection, Ctasy, of shapes off shore, (Hiding Press, 2020) reminded me a lot of the Museum of Jurassic Technology on Venice Blvd in Los Angeles. By blending antiquated scientific language and concepts with optical and personal imagery, the poet, like the quirky museum, challenges the ways we make meaning. The book is beautifully made and formatted. There’s even a confusing map to help you get started on your journey off shore. You can read my review here at Full Stop.

Get a copy of Ctasy, from Hiding Press.

As a final aside, I really liked the simple yet subtly creative job Hiding Press did printing this collection. Great form for the content. 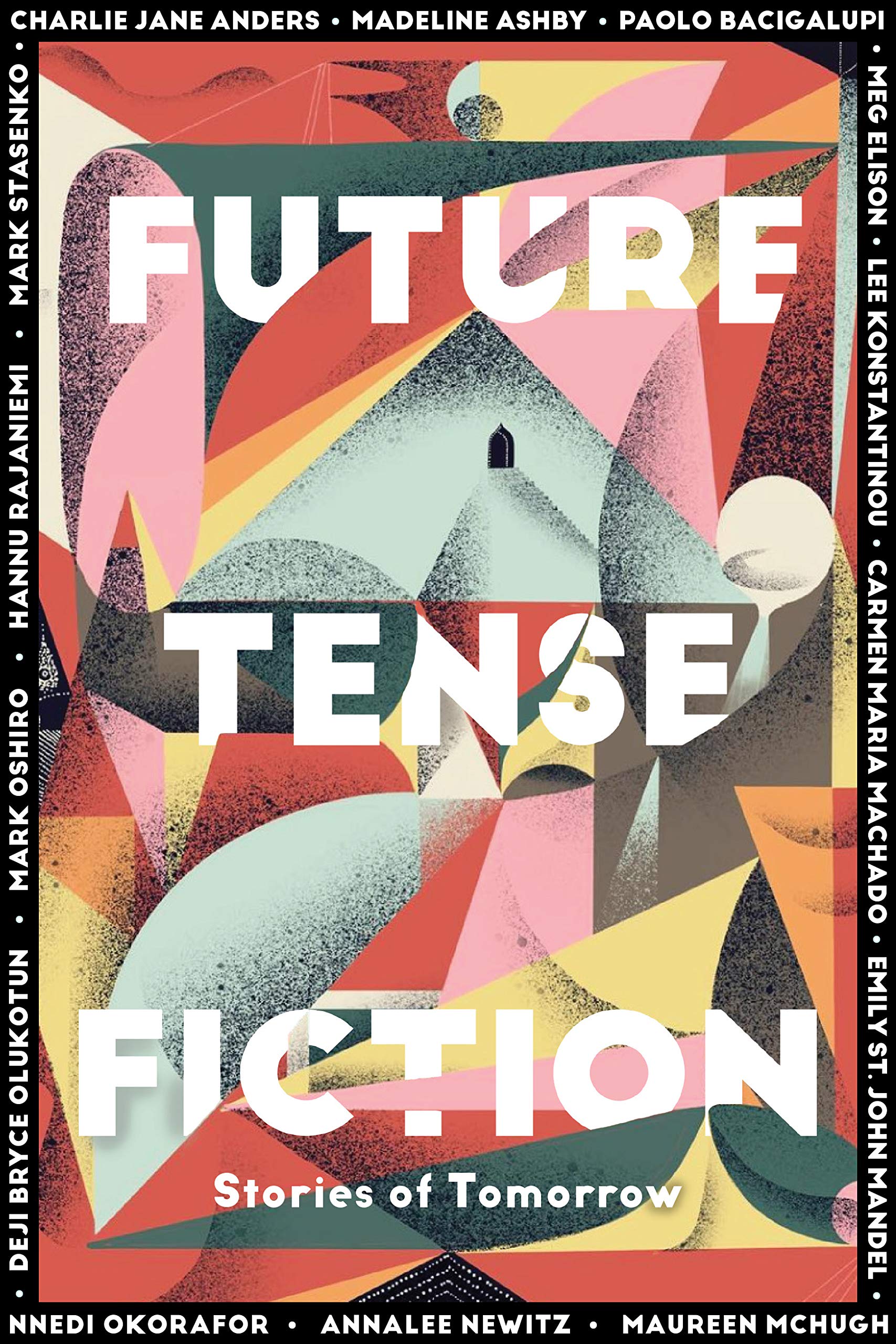 I’m really happy I had the chance to review Future Tense Fiction (Unnamed Press, 2019) for Full Stop Magazine. The collection brought together writers I’m familiar with, like Paolo Bacigalupi and Nnedi Okorafor, and writers who are new to me, like Mark Oshiro and Deji Bryce Olukotun. Of course, my familiarity reveals little about a writer’s success, and actually all the writers in this anthology are a who’s-who of the best contemporary science fiction writers.

On reason I like this collection so much is that Slate originally published all the stories and paired them with articles from scientists and other contemporary experts, adding a level commentary to the stories. That commentary, along with the collection’s focus on contemporary science and social issues, makes Future Tense Fiction a trove for a college instructor like me who teaches sci fi, literature, and composition. Just this semester I’m using Okorafor’s “Mother of Invention,” Oshiro’s “No Me Dejas,” Olukotun’s “When We Were Patched” and Maureen McHugh’s “Starfish Girl” in my courses. I also teach a Bacigalupi story (The Gambler), though not the one from the collection.

My faithful science fiction book club have also enjoyed the anthology. The stories demand conversation and the writing quality is excellent. Again, it’s a great way to get a feel for the most innovative and contemporary science fiction writers all in one place. I’m looking forward to branching out into these writers’ other work.

My review of Future Tense Fiction is here on Full Stop Magazine.

Read the stories and articles here on Slate.com.

My first review with Full Stop is of Farooq Ahmed’s novel, Kansastan (7.13 Books; 2019). The novel recreates Civil War-era Kansas as Muslim society, with most of the action taking place in and around a rural mosque. They’re going to war with Missouri. The narrator is the most narcissistic scrub of all time and the world is out to humiliate him again and again in hilarious fashion. The novel isn’t like anything I’ve read before.

Get a copy of Kansastan here.